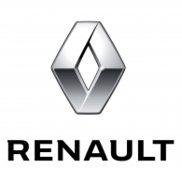 ​Did you know Renault?


Groupe Renault (French: [ɡʁup ʁəno]) is a French multinational automobile manufacturer established in 1899.[6] The company produces a range of cars and vans, and in the past has manufactured trucks, tractors, tanks, buses/coaches and autorail vehicles.

According to the Organisation Internationale des Constructeurs d'Automobiles, in 2016 Renault was the ninth biggest automaker in the world by production volume.[3] The Renault–Nissan–Mitsubishi Alliance is the fourth-largest automotive group.[7]

Headquartered in Boulogne-Billancourt, near Paris, the Renault group is made up of the namesake Renault marque and subsidiaries, Alpine, Automobile Dacia from Romania, Renault Samsung Motors from South Korea, and AvtoVAZ from Russia.[8][9] Renault has a 43.4% controlling stake in Nissan of Japan,[10] and a 1.55% stake in Daimler AG of Germany (since 2012, Renault manufactures engines for the Daimler's Mercedes A-Class and B-Class cars[11]). Renault also owns subsidiaries RCI Banque (automotive financing), Renault Retail Group (automotive distribution) and Motrio (automotive parts). Renault has various joint ventures, including Oyak-Renault (Turkey), Renault Pars (Iran). Carlos Ghosn is the current chairman and CEO. The French government owns a 15% share of Renault.

Together Renault and Nissan invested €4 billion (US$5.16 billion) in eight electric vehicles over three to four years beginning in 2011.[12]

Renault is known for its role in motor sport, particularly rallying, Formula 1 and Formula E. Its early work on mathematical curve modeling for car bodies is important in the history of computer graphics.